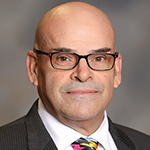 D.J. Rausa is an attorney with Marshall and Associates in Mt. Juliet, Tenn., and focuses his practice on bankruptcy law, student loan debt-resolution, debt negotiation and collection lawsuits defense. He has handled hundreds of chapter 13 cases and been the attorney of record on thousands of chapter 7 cases, successfully defended adversary proceedings, and represented both parties in trustee avoidance actions. He also has successfully defended chapter 7 dismissal motions filed by the Office of the U.S. Trustee, and represented both debtors and creditors in other bankruptcy litigation matters such as adversary complaints and claims actions. Mr. Rausa enlisted in the U.S. Navy after high school, where he worked as an engineer in the fleet. He served two tours of duty from 1975 until 1984, after which he was honorably discharged. Mr. Rausa was admitted to the California State Bar in 1993 and began his own general civil litigation practice focusing on personal injury and medical malpractice. He has specialized in bankruptcy law for more than 25 years. Mr. Rausa is admitted to practice before the U.S. District Courts for the Middle District of Tennessee and the Southern and Central Districts of California, as well as the Ninth Circuit Bankruptcy Appellate Panel and District Court of Appeals. He is a member of the National Association of Consumer Bankruptcy Attorneys, National Association of Consumer Advocates, ABI, Tennessee and Nashville Bar Associations, Nashville Division of the Federal Bar Association, 15th Judicial District (Tennessee), Insolvency Division of the Business Law Section of the Bar of the State of California, and the Mediation Panel for the U.S. Bankruptcy Court for the Southern District of California. Mr. Rausa received his associates degrees in mathematics and social science in 1987 from San Diego City College, and his J.D. from Western Sierra Law School in 1989.