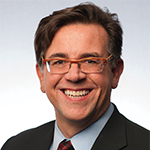 Jay has extensive experience representing debtors, creditors, and other parties in chapter 9 bankruptcy cases involving distressed municipalities. Among his representative matters are the Jefferson County (Alabama) chapter 9 case, in which he represented the county in its successful restructuring of over $5.0 billion in debt; the West Jefferson Amusement and Public Park Authority bankruptcy proceeding, in which he served as lead bankruptcy counsel in what was then the largest chapter 9 case in Alabama history; and the Natchez Regional Medical Center chapter 9 bankruptcy, in which he represented a publicly traded health care company in its acquisition of an operating hospital pursuant to a confirmed chapter 9 plan of adjustment. Jay is a coauthor of Representing Creditors in Chapter 9 Municipal Bankruptcies (Aspatore 2014).

Jay is a Fellow in the American College of Bankruptcy, and is recognized in Chambers USA and The Best Lawyers in America for his bankruptcy and restructuring practice.