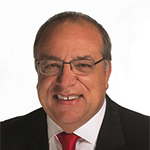 Jack F. Williams is a tenured Full Professor at Georgia State University College of Law and the Center for Middle East Studies in Atlanta, Georgia. Williams is also a Principal in the Restructuring, Disputes & Valuation Advisory Services Group with Baker Tilly Virchow and Krause, LLP. His areas of interest include bankruptcy and business reorganizations, mergers and acquisitions, business valuations in dispute, forensic accounting, commercial law and damages models, corporate finance, capital markets, fraud and anticorruption, Islamic banking and finance, taxation, public finance, and law and statistics. Williams is a member of the Board of Advisors of the St. John’s University School of Law LLM Program in Bankruptcy. He is also a member of the Board of Advisors of the American Bankruptcy Institute (ABI) Law Review.

Williams is the Association of Insolvency and Restructuring Advisors Scholar in Residence. He also served as the inaugural Robert M. Zinman ABI Scholar in Residence in 2001 and returned to that post in 2008. In 2009, Williams was recognized by the ABI with its Annual Service Award (2009), honoring the ABI member whose contributions over the past year have been extraordinary. He is a Fellow in the American College of Bankruptcy and a Fellow in the Bankruptcy Policy Institute at St. John’s University School of Law.