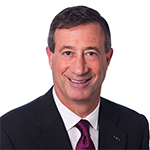 Samuel R. Maizel is a partner in Dentons US LLP’s Los Angeles office. Sam's practice focuses on restructuring, insolvency and bankruptcy, in‐ and out‐of‐court in all industries, but he leads the firm's healthcare industry restructuring efforts nationwide. He has served as lead bankruptcy counsel to debtors and creditors committees in Chapters 9 and 11 cases, as well as having served as counsel to chapter 7 and chapter 11 trustees, as an Examiner, Chapter 11 Trustee, Patient Care Ombudsman, and Consumer Privacy Ombudsman.

He is currently lead counsel in the pending chapter 11 bankruptcy of Verity Health System of California, Inc., and 15 related companies, the second largest hospital bankruptcy in American history. Before joining Dentons, Sam was a partner at a national bankruptcy boutique firm (1997‐2015), and previous to that he represented the federal government nationwide as a trial attorney in the U.S. Department of Justice's Commercial Litigation Branch (1991‐1996). He has also served in U.S. Army's The Judge Advocate General's Corps (1985‐1991), including service in Operation Desert Shield/Desert Storm, for which he was awarded the Bronze Star Medal, as well as an Infantry Officer in the U.S. Army (1977‐1985). Sam has lectured extensively, is widely published, and been interviewed on television and radio on topics related to the healthcare industry and bankruptcy.

Among many other honors, he is a Fellow of the American College of Bankruptcy, is ranked in Chambers in both Bankruptcy and Healthcare, and has regularly been named a "Super Lawyer" in an annual region‐wide peer survey. Sam has his J.D. from George Washington University National Law Center (1985); an M.A. from Georgetown University (1983); and a B.S. from the United States Military Academy at West Point (1977).